It shows the TAB-separated feed items in a graphical command-line UI. The interface has a look inspired by the mutt mail client. It has a sidebar panel for the feeds, a panel with a listing of the items and a small statusbar for the selected item/url. Some functions like searching and scrolling are integrated in the interface itself.

It will show a sidebar if one or more files are specified as parameters. It will not show the sidebar when reading from stdin. 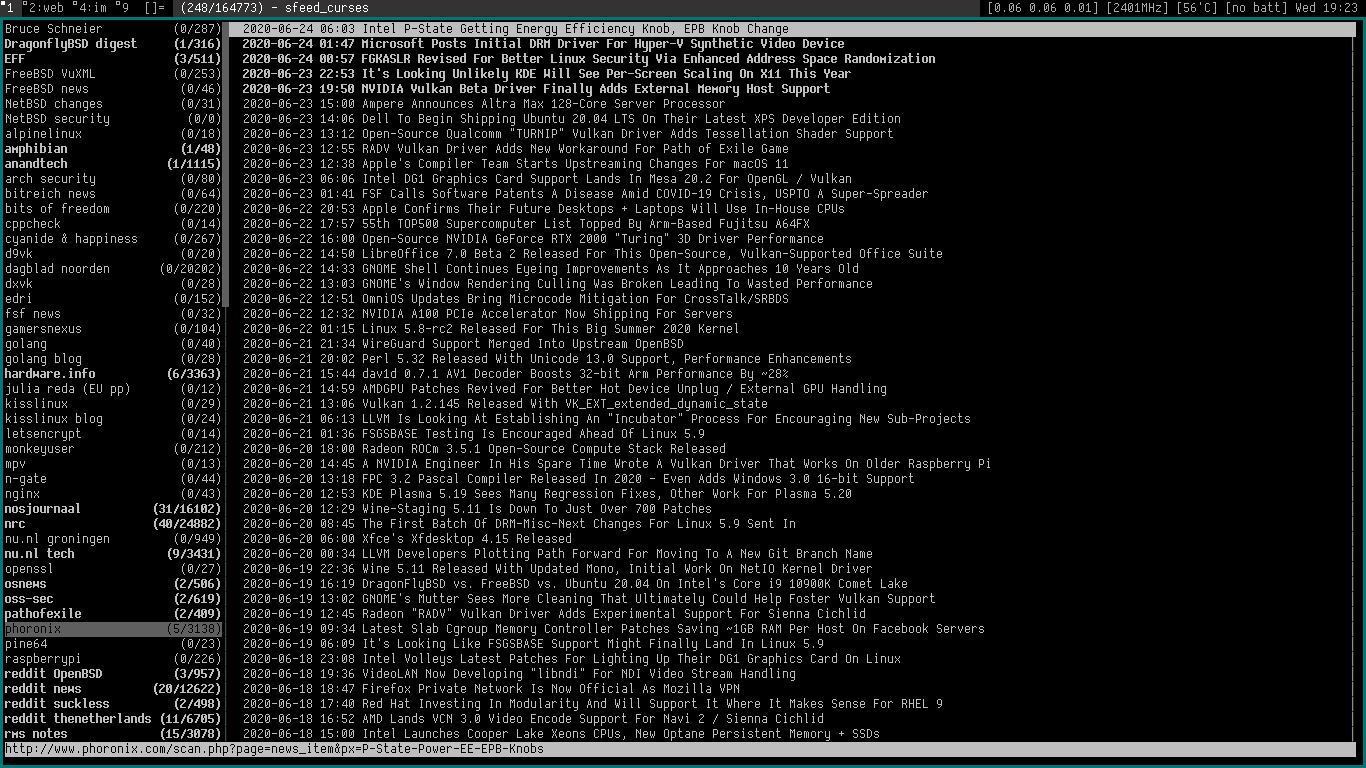 The TAB-Separated-Value line of the current selected item in the feed file can be piped to a program by pressing the 'c', 'p' or '|' keybind. This allows much flexibility to make a content formatter or write other custom actions or views. This line is in the exact same format as described in the sfeed(5) man page. The pipe program can be changed by setting the environment variable $SFEED_PIPER. 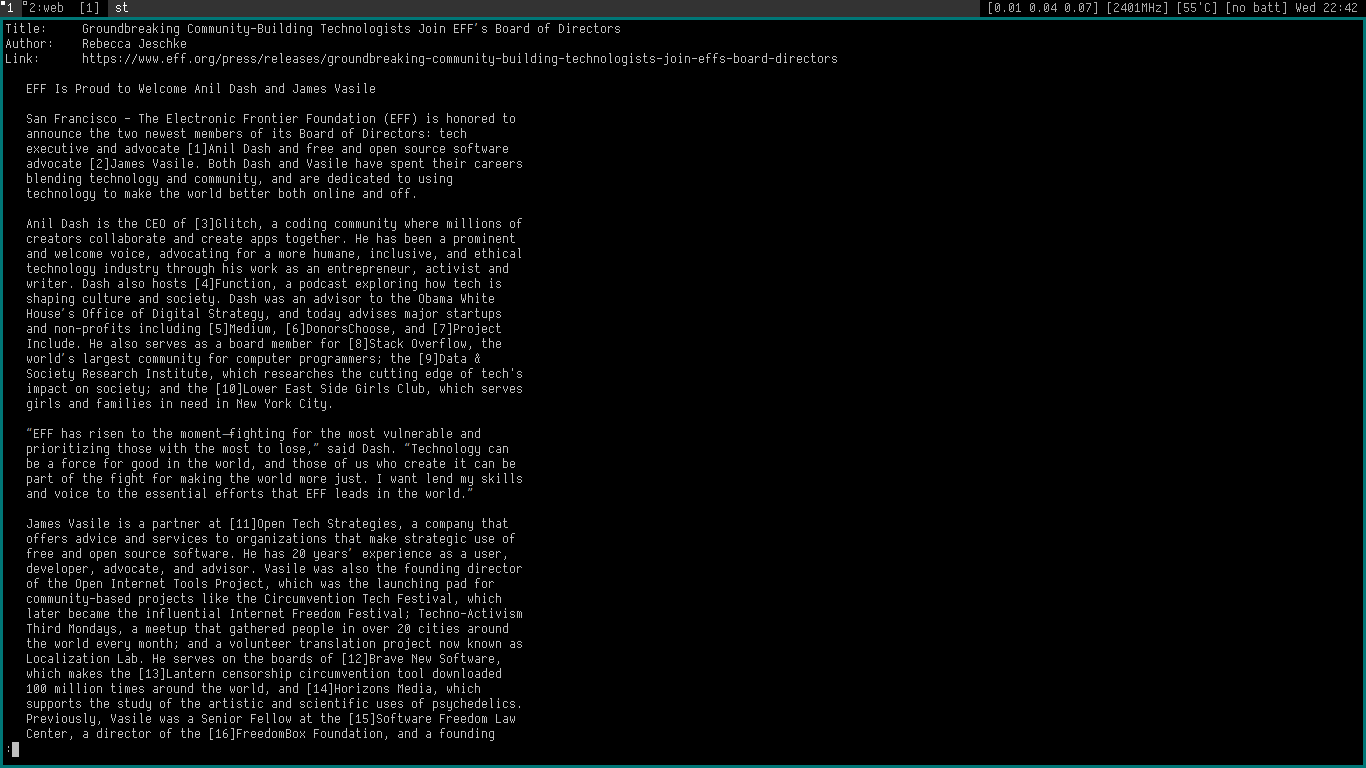 The above screenshot shows the included example shellscript which uses the lynx text-browser to convert HTML to plain-text: content.example.sh. It pipes the formatted plain-text to the pager "less". Of course the script can be easily changed to use a different browser like w3m, links or dillo or webdump.

Releases are available at: https://codemadness.org/releases/sfeed_curses/.